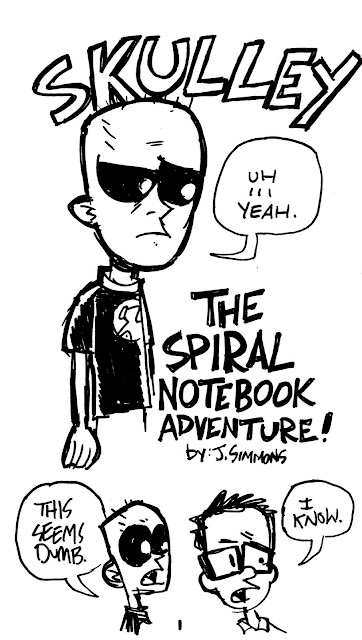 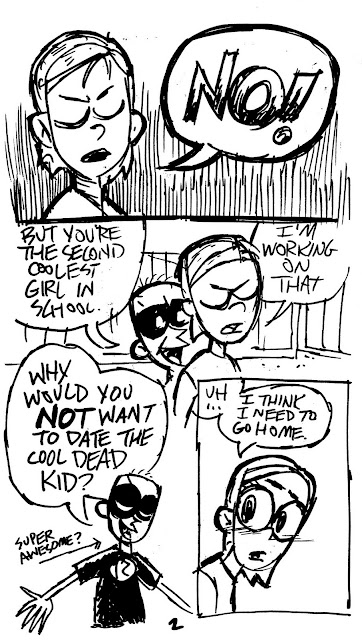 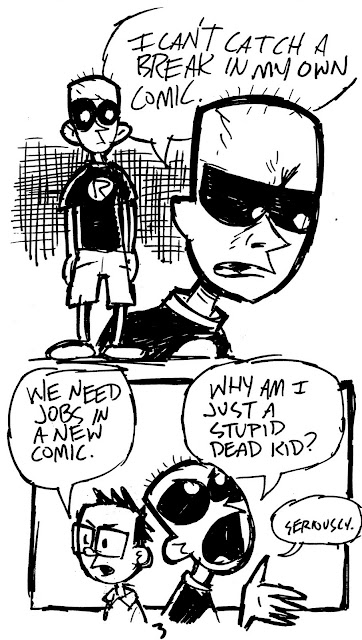 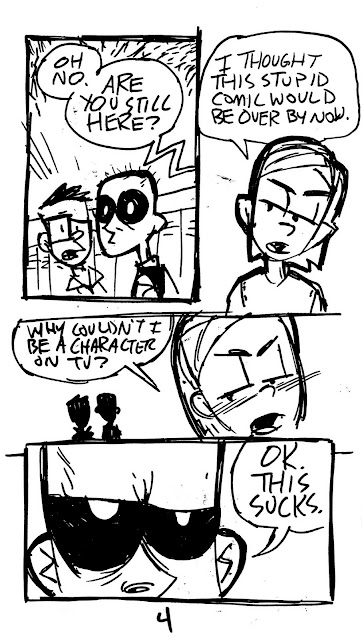 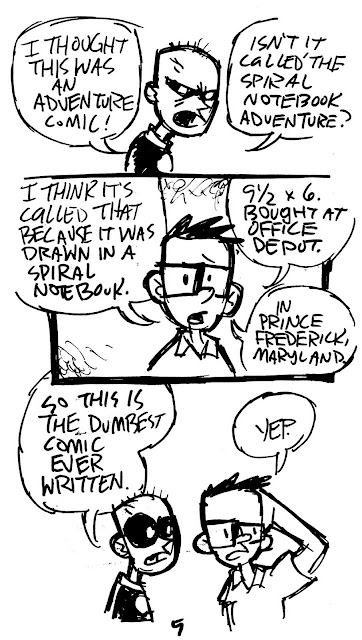 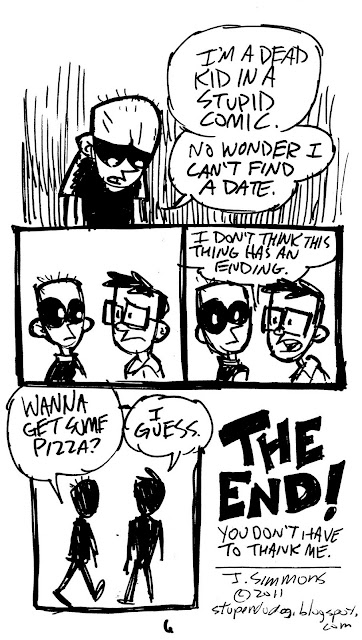 I love comics, I love fun comics, superhero comics and just about any kind of comic. I'm a fan. Skulley is my addition to the world of teen angst comics, hopefully with a twist. Not a big twist, just the fact that our hero is a dead kid and is also a social outcast and gets picked on and beat up and made fun of.

But he's lovable. Everybody loves the dead kid, right?

This story was drawn with the intention of getting a good one out with as little prep as possible. No pencil has touched this story. I drew this story with a Sharpie on my couch, most likely with Henry laying at my side with his head on my leg. Sometimes he puts his head on my arm so I can't draw. Shouldn't he be out saving the world or something? Sheesh.

I hope you like it (yeah, talking to YOU again) and hope you're aching for more. I had a lot of fun with this and would like to get more done between Stupendo-Dog! stories. These stories are a nice exercise in staying sharp and dumb at the same time!

Email ThisBlogThis!Share to TwitterShare to FacebookShare to Pinterest
Labels: Comics