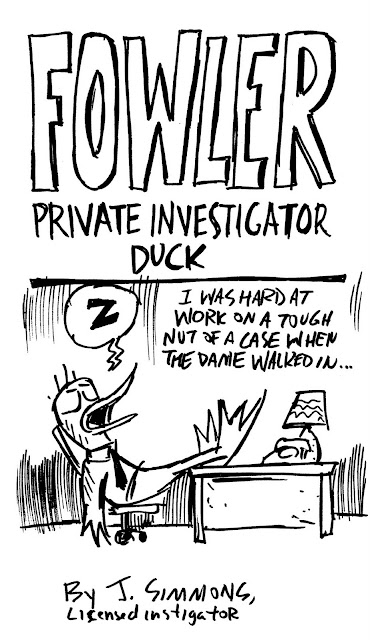 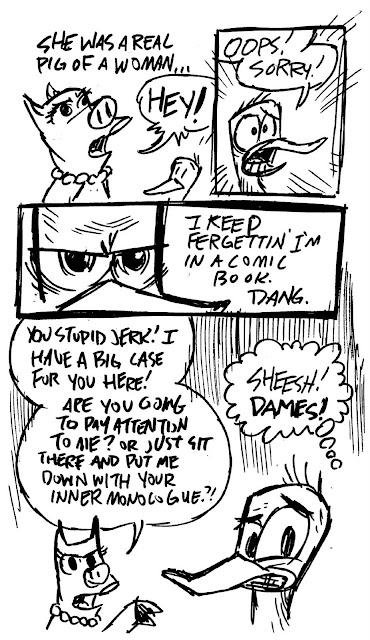 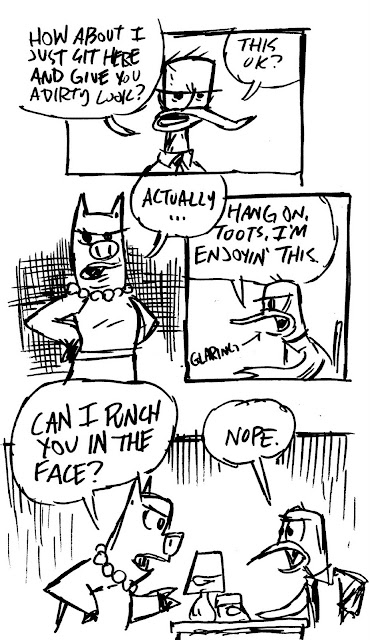 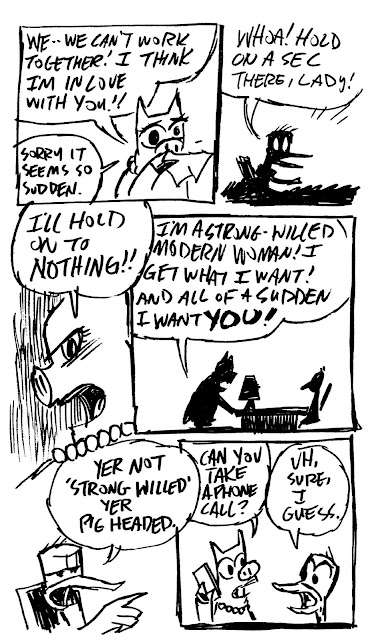 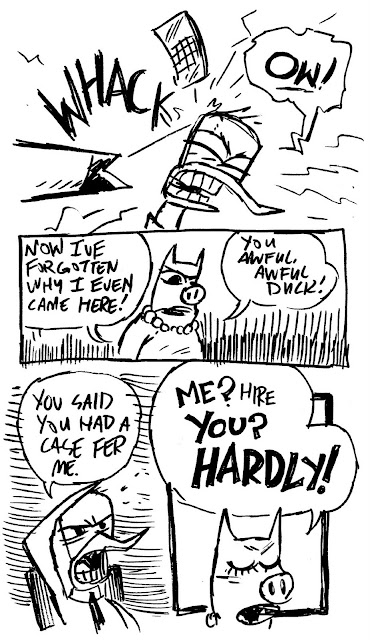 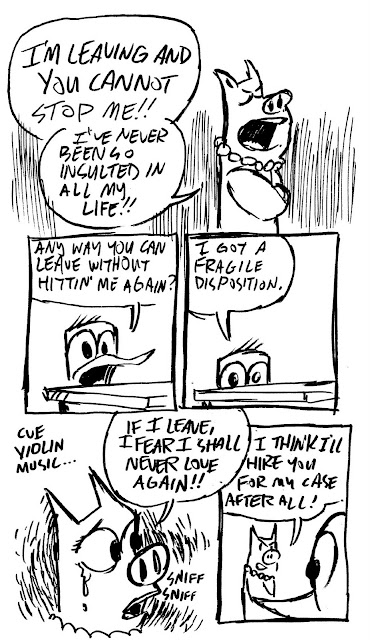 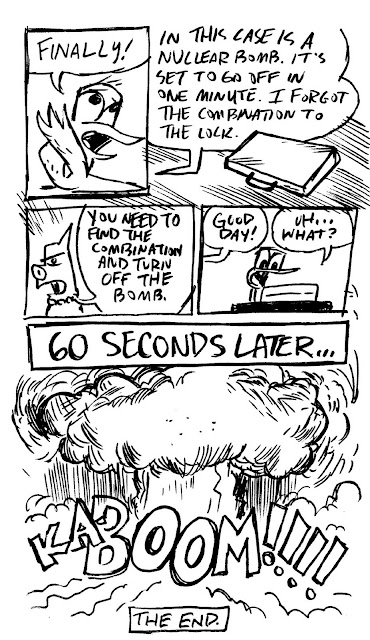 So I'm working on Skulley, and filling my notebook with comics and I get to the end of my Giant-Sized Skulley book and almost immediately start drawing the first adventure of Fowler, PI. I wrote a Fowler story a year or so ago and never got around to drawing it. It was good and ended up with our hero being shot in the gut and on his way out. This one ends with Fowler being blown up by a nuclear bomb in a briefcase that was set by a pig.

The premise of Fowler, if there is a premise, is that he's not going to end up in good shape at the end of his stories. One day, when I get some other things done, I'll draw that first Fowler story, and you'll like it.

Or at least I hope you will. Yeah, I'm talking to YOU.

The plan is to have the book for sale in two places for maximum visibility. At first I'll put it up as a 6x9 book at Amazon's CreateSpace. Don't know the price yet, but it probably won't be more than 5 bucks. Pretty good for a Print-on-Demand book. I'll also put it up on IndyPlanet through Ka-Blam. I've got a couple books for sale on Indy Planet now, so it will join them. Check 'em out. I have printed copies of both books and they are really nice. I'll have to take pictures sometime.

Email ThisBlogThis!Share to TwitterShare to FacebookShare to Pinterest
Labels: Comics