Hurricane Irene hit Southern Maryland pretty hard the night of August 26 and morning of August 27, 2011. It hit our house pretty hard (but not as hard as it originally looked) around 9:30  pm on the 26th. 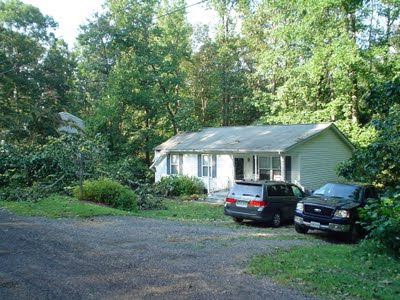 Look close at the far peak of the house, you'll see the tree from the following pic. It kind of blends in with the background woods.

Also, right there at the left of the picture, where the top of the tree is? That is where I was going to park my truck. I didn't want the cars to be together for the storm, but I changed my mind at the last minute and figured it would be just as safe where it was. 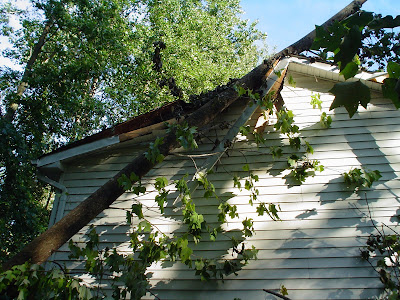 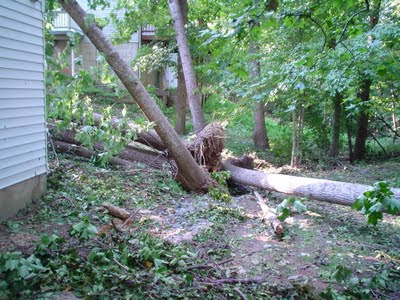 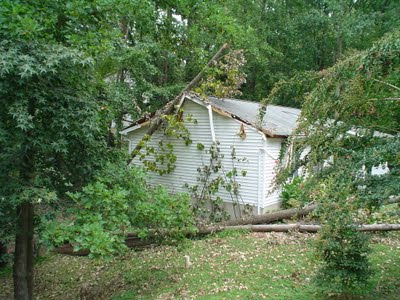 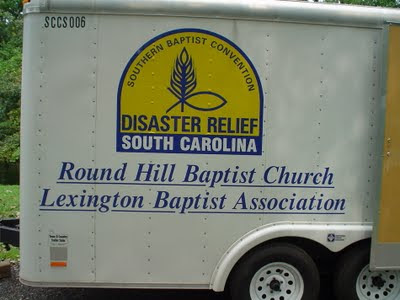 And then, while feeling pretty much defeated that there was a tree on the house and three more in the yard and no word on when we would see an insurance adjustor, I read something online about these guys. They go around to disaster areas and help people get trees off of their houses and refuse to accept a donation. Seriously, it's not a scam. They wouldn't even accept a bottle of water. And they were just about the nicest people in the world and hilarious. The older lady in the pictures, the one with the hat - I have no idea how old she was - looked like a tiny, little thing and she was the one carrying the logs that were cut. The wife and I are still in shock that these people go around helping like this. 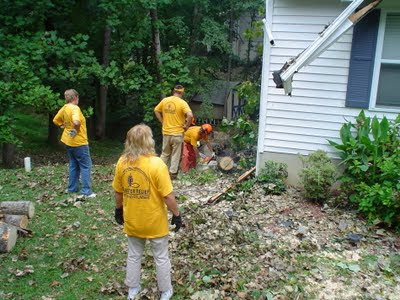 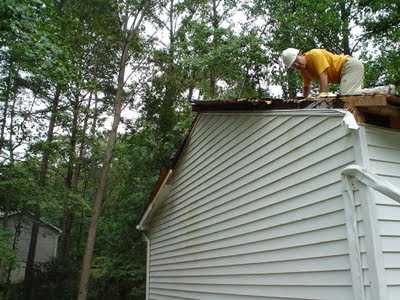 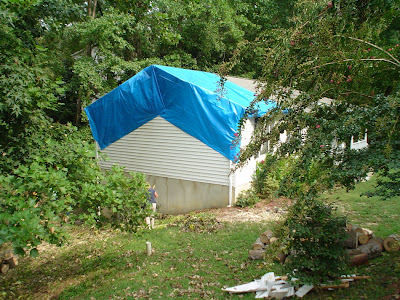 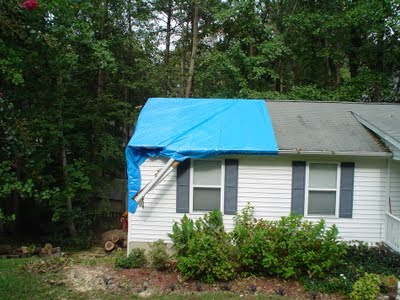 In two and a half hours, maybe a little more, they had all five trees cut down and piled up and tarped the roof. All for free. We will be making a donation to the church that gave them a place to sleep and food, First Baptist Church in Leonardtown, MD, a donation.

Email ThisBlogThis!Share to TwitterShare to FacebookShare to Pinterest
Labels: Other junk