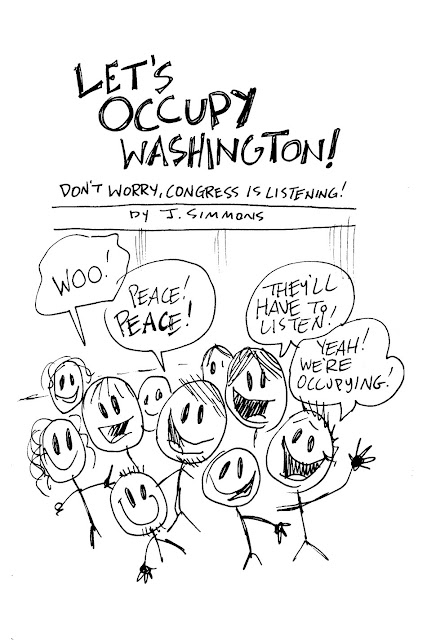 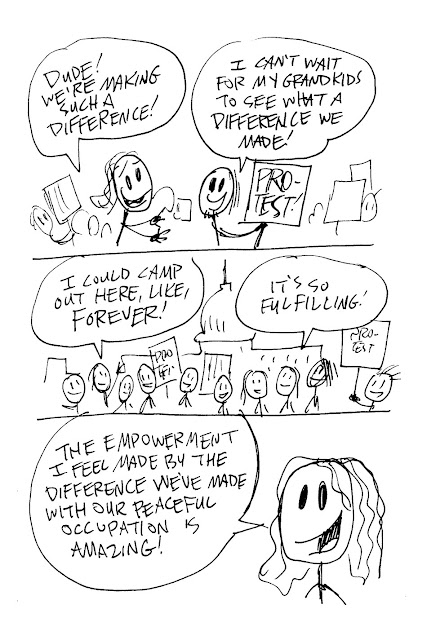 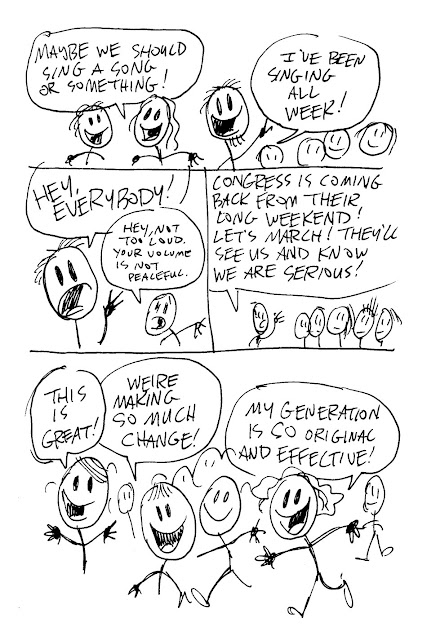 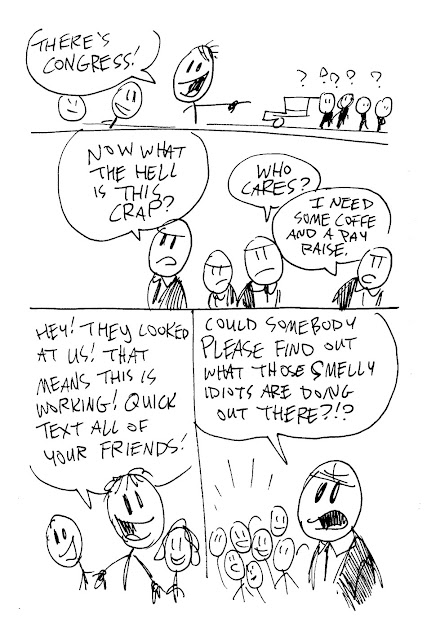 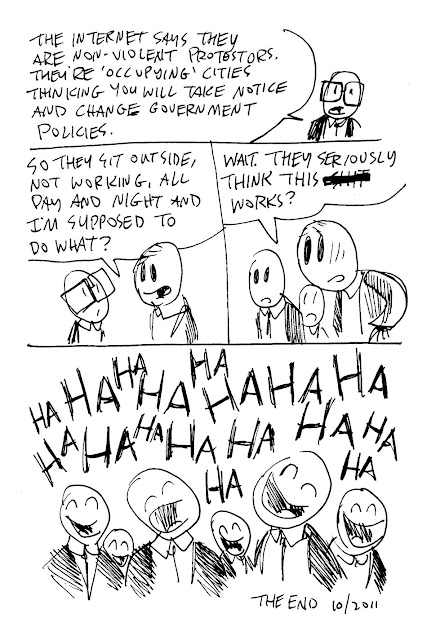 This cartoon is what I thought this morning when I finally decided to listen to a story about he protesters who are Occupying Washington.

Somehow the whole thing seems silly to me, which I think I covered here. They said this morning (the day after Columbus day) that they were going to move to the Capitol so the senators coming off of their long weekend would see them.

This cartoon is what I instantly thought of.


UPDATE:
This little cartoon about the Occupy Washington Movement has gotten a lot of views. Hope people like it. The only comment I've gotten on it was unpostable because someone called me a bad word. A few bad words, if I remember right.

I really want to draw a cartoon about how the Occupiers are marching against the 1% and corporations but going in and out of Starbucks all day. I'll get to it eventually. Hopefully before they all go home.